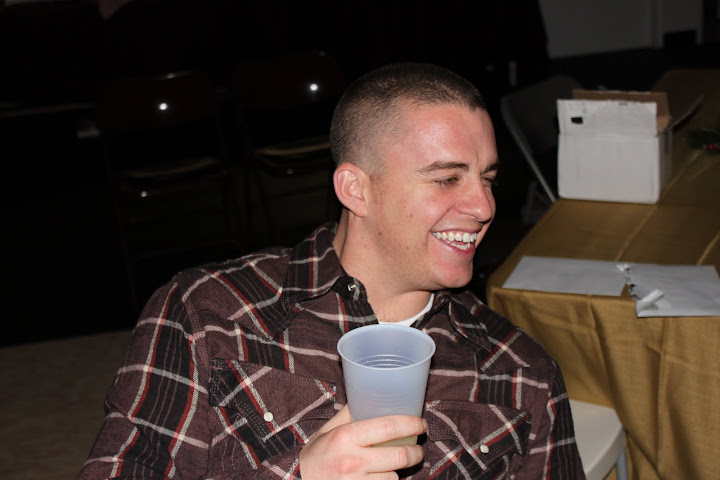 It’s time to shed the light on my brother from another mother, Luke.  Luke came to us a little de-conditioned, shall we say.  One of his first workouts that took him approx. 2o mins he could do right now in less than 6.  When he started he used the big blue band for pull ups, barely squatted 150lbs, deadlift was ~240lbs, couldn’t run for an entire workout, blah, blah.  He came in ready to work though, he immediately went to 4 days a week and made huge gains.  He started Rx’ing workouts within 3 months and all his strength numbers have significantly gone up. All his pull ups are on his own muscle, no bands for him.  His squat is well over 200lbs, his deadlift just went over 300lbs.  All these things are awesome and are 100% because of his dedication and consistency to his 4xweek.  But what really makes him stand out to me is this week he PR’d his deadlift pushing him into the 300lb club.  This is important because several months ago he had almost given up on the deadlift because of it causing him back pain.  Instead of giving up, he decided to go down in weight and work on his form until he could complete the DL without any negative response from his back.  And this week he PR’d!  That’s commitment and trusting the process.  It would have been easy to say ‘F’ it and focus on something else.   Awesome work, brother.

Reminder, tomorrow Out Of the Cave food truck will be here tomorrow, Wednesday the 9th from 4:30ish til 8ish.  Get your workout in and then enjoy some dinner!  OR, bring dinner home to the family. Read more…

Test It Out Tuesday

Did you guys weight some food?  Were you accurate?  This week we are going to test out substituting all grains for one meal a day.   If you have already decreased your grain intake, try Read more…

Congratulations to two of our members, Kyle P. and Ernie F, who both won their respective events this past weekend.  Great job, men!  Show them some love.   Monday’s WOD: Strength/Skill: Pistols: accumulate at least Read more…